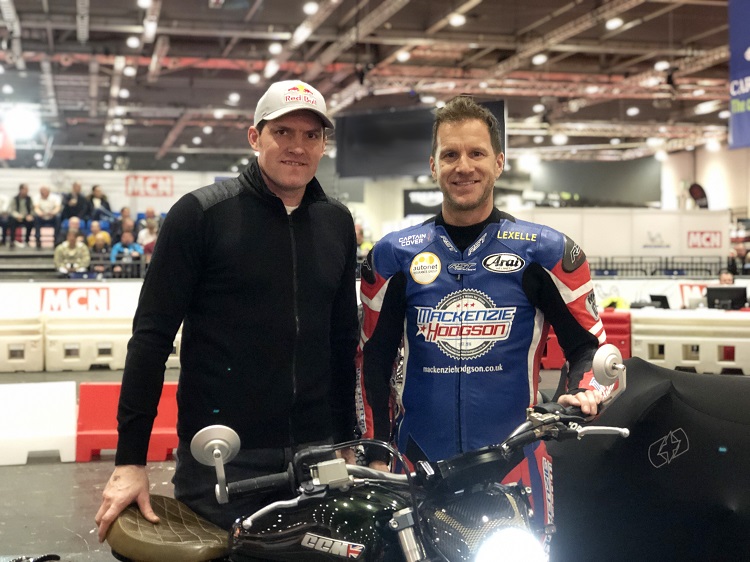 The biking legends will each be riding a CCM Spitfire motorcycle to take part in the 23-mile Ride Out from Meole Brace in Shrewsbury to RAF Cosford, to raise funds for Midlands Air Ambulance Charity. Last year, £87,770 was raised at Bike4Life, funding 35 lifesaving missions.

Neil, BT Sport MotoGP presenter and two time British Superbike Champion, said: “I’m really looking forward to taking part in my first ever Bike4Life, and can’t wait to see what the event is all about. It has a huge national following, and it’s going to be fantastic to get involved and help raise money for Midlands Air Ambulance Charity.”

Dougie, who was recently announced as Bike4Life partner CCM Motorcycles’ new brand ambassador, said: “This event is not only for a fantastic cause, but also is an opportunity for so many motorcycle lovers to come together for a day dedicated to biking. I’m so excited to get involved in what looks to be a great event.”

“Places in the Ride Out are limited to 3,500, so we’re urging people to secure their place ASAP to avoid disappointment.”

Unfortunately we have been unable to reschedule Bike4Life 2020 Ride Out and Festival. We'd like to say a big thank https://t.co/uLTKhhlIUs

A big thank you to Niki, who is fundraising to support us after having to postpone our 10th Anniversary Bike4Life https://t.co/Talsq6hOuO

Although Bike4Life, due to take place today, has been postponed, weve put together a Virtual Ride Out! Its 2m https://t.co/RtdtS5U3MG

2 months ago
>
New date to be announced soon
Booking Closed