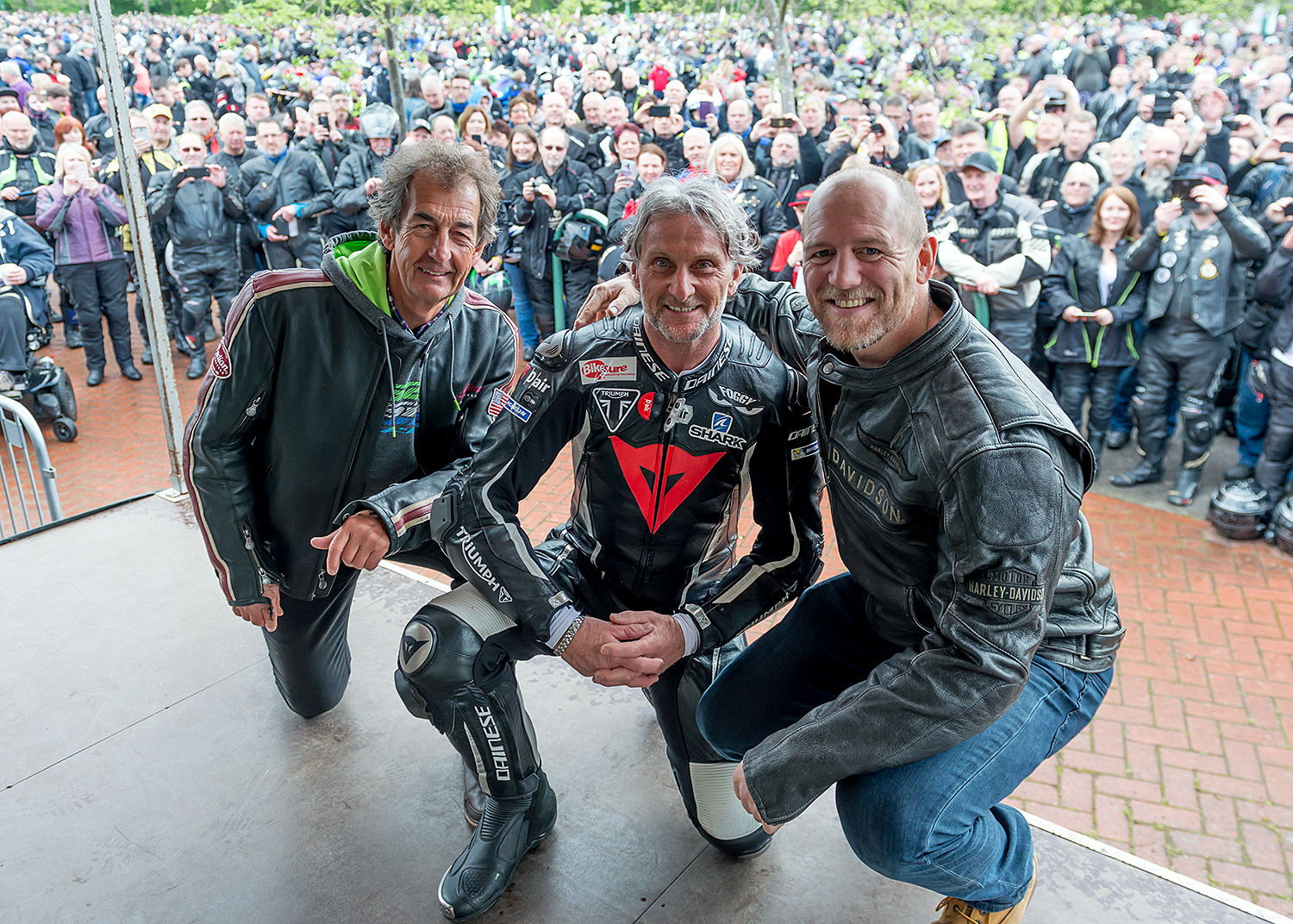 Over 5000 bikers took part in the eighth annual 23-mile route from Meole Brace in Shrewsbury to RAF Cosford in Shropshire on Sunday 22nd April.

The Bike4Life Ride Out and Festival helped to raise an incredible £87,770 for Midlands Air Ambulance Charity, which will fund 35 future lifesaving air ambulance missions.

The Festival, which is supported by the Safer Roads Partnership and TCC Group entertained bikers and visitors with a host of activities going on throughout the day, including live bands; Epic Volume, 4th Labyrinth, Searching Grey and headline band Redline, along with Jamie Squibb and his team from Nitro Circus presenting a fantastic freestyle motocross display.

The aircrew from Midlands Air Ambulance provided simulation displays demonstrating the skills that come into play at the scene of a motorcycle crash and the vital role the charity plays in saving lives every day.

The visitors to the festival also had the opportunity to witness exclusive interviews by BBC Radio Presenter Phil Upton with VIP guests followed by meet and greets.

With over 20 food vendors, no one was going hungry, with a choice of food from all over of the world.

Jason Levy, fundraising and marketing director for Midlands Air Ambulance Charity, said: “This amazing event is now in its eight year, and continues to grow. It is a testament to the fantastic work our staff and volunteers and the incredible support and generosity of the biker community.

“Sadly, Midlands Air Ambulance Charity airlifts on average one biker every four days, so through the money we raise at Bike4Life every year, we can ensure we continue to provide the lifesaving care for years to come.”

The event took a year of planning and wouldn’t have been possible without the support of; the, Safer Roads Partnership, Highways England, West Mercia Police, Shropshire County Council, ROSPA, Shropshire, Staffordshire & Cheshire Blood Bikes, Raven Riders, Wrexham Riders, Oddballs MCC, Midland Freewheelers, SAMMS, Kelly’s Road Sweepers, RAF, Police and Army Cadets, the RAF Museum Cosford and RAF Cosford who gave their time for free. Organisers would also like to thank other local residents and road users for their patience and understanding during the Ride Out procession.

For more information about Midlands Air Ambulance Charity and how to support the organisation in other ways, please contact the team on 0800 8 40 20 40 or visit www.midlandsairambulance.com

VIP ANNOUNCEMENTS: Find out which VIPs will be joining us to help make this year's Bike4Life Ride Out and Festival https://t.co/FjYurFAEqw

You helped raise an amazing amount at our #Bike4Life Ride Out and Festival last year which funded 11 air ambulance https://t.co/5tPStpAcmC

RT @999flymo: @MAA_Charity Looking forward to the 10th Anniversary @Bike4LifeFest Such and amazing day supporting a vital service. Its come